I suggest everyone to watch this show. It is very chill with just a touch of competitive elements, well the panel members need to guess the correct lyrics word for word in order to get to eat food. The show is about the amazing and chaotic mission to win the best ingredients from a places hyped on social media to the traditional markets.

The episode today was pretty entertaining. They started off with the usual weekly dress-up. The theme was “Memory of C’est Si Bon.” For those who don’t know, C’est si bon (It’s so good) is a French popular song composed in 1947 by Henri Betti and is also a title for a Korean movie about three bickering musicians and how music inspires them to write a series of hit love-songs in the 1970s. (Though I haven’t watched the movie, I heard good reviews about it.) The cast panel all dressed up for the time period 1970s with the exception of 3 avatar-looking members Park Narae, Key and Mun Se-yun. They were punished for last week small blunders (hah). Kim Dong-hyun finally got married on the day the episode broadcasted. (They’ve been talking about it almost every week! Congrats!)

The first song was composed by a duo that did an amazing collaboration with Yang Hee Eun and Ji Sang Ryul totally recommended their songs. It was Akdong Musician aka Akmu. The cast members had been in constant lyric battle with Akmu and the score was a a tie 1 to 1, so they ought to break it this time. The song for today show was “Reality”.

After playing music on the first round, everyone was content. Shin Dong-yup said that the first line was easy to listen to. Hilariously, Jing Sang Ryul questioned that there was a second line. All showed their lyrics with a lot of mishaps here and there, but most seemed to hear, “When checking your bank account on your smartphone.” Key was the person with the most lyrics correct.

There were 24 words for the lyric. Everyone pondered what the right lyrics, Hyeri asked Narae what dish would show up later, so they can use the chance of listening the song again. Narae explained a bunch of dishes that showed up on screen earlier with the music background of detective Conan’s anime. There were 4 closeup shots, including 2 full-shots and 2 tight-shots, that screens were divided in half when presenting the dish. The first full-shot and tight-shot were braised fish while the second ones were large intestine. Everyone was amazed by Narae’s explanation, which she was never wrong. Boom suggested that Narae should join other program (hah). They decided to use the chance on the first round. Ji Sang Ryul argued that the words he heard were correct and bet that if he was wrong, he would erase his eyebrows. The lyrics were all correct, and the words Ji Sang Ryul suggested were wrong.

“When checking your bank account on your smartphone, I need to lower my screen brightness.”

Hyeri said having choux creme after this meal was perfect, and everyone agreed. Boom asked how were you so sure. Hyeri said because Narae said so (love their bantering). Narae added funny eyebrows on an eyebrow-less Ji Sang Ryul. Everyone said he had a happy face.

So it was time for snack, and yes Narae guessed it right, choux creme. They had to guess the new broasting program OST. Because of one mistake, Ji Sang Ryul stole the right answer from Mun Se-yun. Next correct guess was from Key, then Mun Se-yun, who danced in his avatar in disguise. Mun Se-yun found a piece of onion in his milk, and Narae said the next dish must be large intestine (haha). In order, Yang Hee Eun, Narae, Kim Dong-hyun, Shin Dong-yup, and Hanhae guessed the right answer, only Hyeri didn’t get to eat the choux creme. Apparently, she didn’t monitor the show because the music piece was the OST for Amazing Saturday .

Because Se-yun found a piece of onion in his milk earlier, he jokingly said he would sue if the next dish was not large intestine. Narae guessed it right. Large intestine was the next meal.

The next song’s hashtags were 82er, 180 cm and Anyang Arts School. Some said Bi/Rain, but that was not his height. Hyeri asked, “Is it Boom?” Seyun said, “No way.” Dong-yup added, “He is not a singer.” Everyone laughed while Boom was disappointed. Key and Hyeri agreed that Boom was not that tall. Guess who was the singer for the next song? It was Boom!!! The song was “질러.”

Everyone teased Boom saying why they need to do this song now. Boom justified that he deserved to be on the show because he came to Masked Singer, Fantastic Duo, etc. Dong-hyun joined in that he was also on Immortal Songs. All laughed and congratulated him. Dong-yup said surprisingly Boom was good at singing, but he pointed out that all were confused about the height 180cm. Boom, hilariously, explained every year his height was 1cm shortened, so now it was 177cm. Ji Sang Ryul said Yang Hee Eun and he came as guests and what if the show viewer rating dropped because of Boom’s song. Boom said while bowing, “Please take a good care of me.”

After hearing the music piece, Boom said, “Thank all for paying attention to my music.” Hanhae added, “Oh, I like his diction.” Everyone found that it was funny writing the lyrics and that they lost focus completely when hearing Boom’s song. Hanhae exclaimed that the beat was pretty easy for a rap. Hyeri guessed the most corrected words. (Key’s face was funny that I have to include his picture.)

Ji Sang Ryul asked, “So what exactly is the genre of this music? Is it thriller or what?” Boom answered, “The genre is hiphop.” Everyone was dumbfounded. Yang Hee Eun said, “What? It’s hiphop?!” There were 25 words needed to be filled in. Boom timidly added, “This song is semi-hiphop.” Everyone laughed at the word “semi.” Boom explained that the song was about speaking out (making some noise) and not enduring when getting mad. They made Boom to rap out the before and after lyrics. Everyone laughed at the corny lyrics about when it was time for paying the bill, the person delayed it by tying shoelace and undoing it (this person just didn’t want to pay the bill). Hyeri was the first one to attempt at guessing the lyrics, and she was embarrassed at rapping these lyrics.

They got it wrong, so they got to use to use the chance. They chose the option that showed 2 words with just the initial consonant. They figured that they didn’t need to choose the option to separate the words since it was pretty much by the tatata beat. They chose words number 14 and 15 for initial consonant.  Dong-hyun said that they should have bet on something so that Hyeri would lose. Shin Dong-yup suggested that they used Narae’s lyrics since the chance fit her word choice. Everyone laughed because they still had to re-listen to the song, and Dong-yup bypassed that process. Boom pouted.

After re-listening to the song, half were sure that the first consonant starting was ㅈ, but half argued that Hyeri was right in the first place. Hanhae stepped in by clarifying that old-school rapper used to add ㅈ in their word, like instead of “yeah,” it was “jeah.” They decided to invite avatar professor, Mun Se-yun, to analyze the situation. Se-yun criticized that the problem of the easy 1-star song was that it was not a song to sing in karaoke, yet they still have to guess the lyrics so they can eat.

Ji Sang Ryul, G.C Hammer, came to write up the lyrics, and he also got it wrong. They all could not believe that this song would cause so much trouble for them. Dong-yup suggested that they should choose the chance of how many words they got wrong, which was 1 word. They all had to listen to just 1 word for it to be correct. Everyone shouted out a word of their choice. Then Dong-hyun said instead of “gga,” 까, it could be “ggan,” 깐, to rhyme with the second line man, 만. Se-yun said if “ggan” was the right word, he would kick Boom afterwards.

After re-listening for the third time, everyone agreed that “ggan” is right. They finally got to eat the large intestine.

Next week preview: Got7 Jaebum and Mark!!!!!

Sorry in advance, but I’m not gonna translate the Got7 episode. Their fan will do it anyway.
This took too much time, so next time, I’ll probably gonna translate just youtube clips from the show.

I translate alone, so it really helps to give me some credits.
Please ask for permission before using my translation.

Thank you for reading my blog!!! 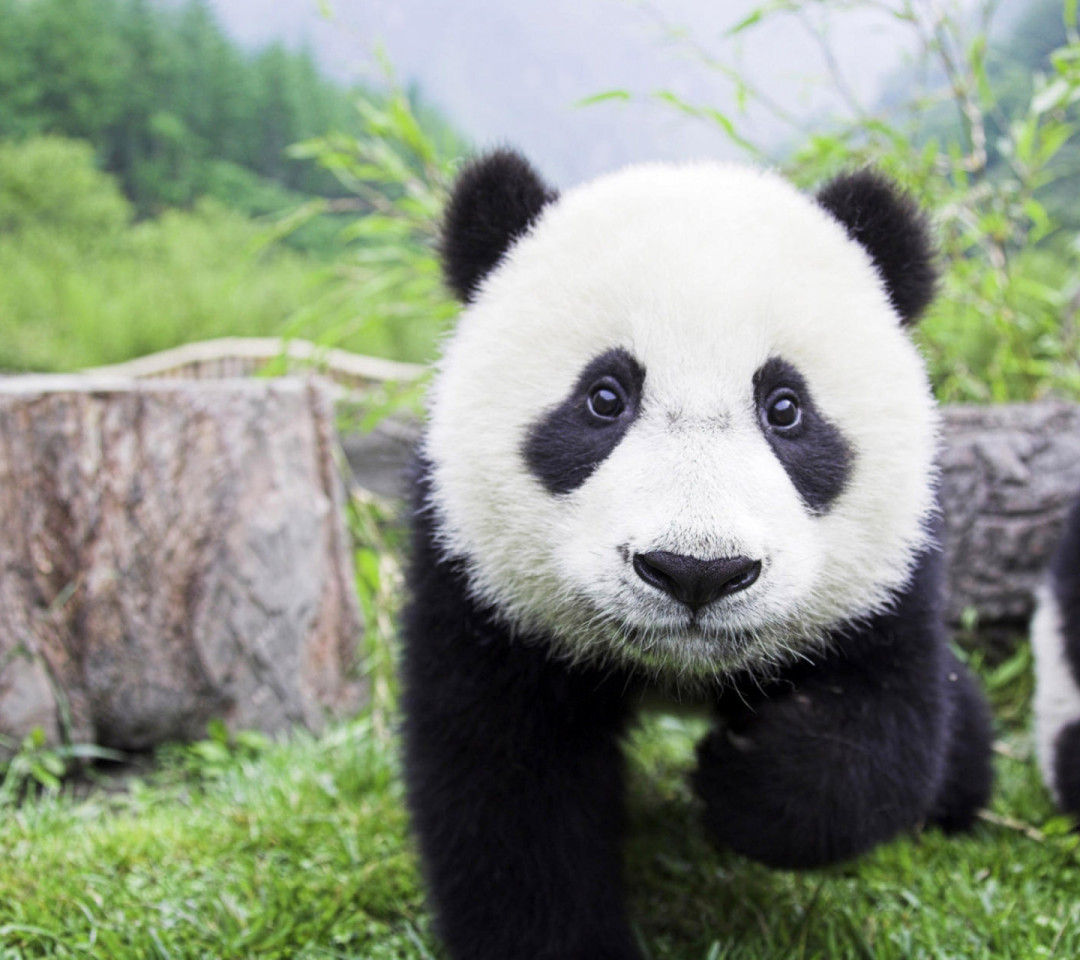 I don’t drink coffee so buy me a tea?

I can translate more articles/videos with your generous donations. I take request to translate short video(s) for a commission.